As far as hair issues are concerned, most of the men today feature balding the most. In fact, premature balding is one of the most discussed issues all over the world. But have you ever heard of the second fear that most men in the world have concerning their hair? Well, that fear is getting a widow’s peak and it’s among the much-dreaded issues being faced by most men today. That’s exactly why we have many widows peak hairstyles for men available today and the number is constantly increasing. 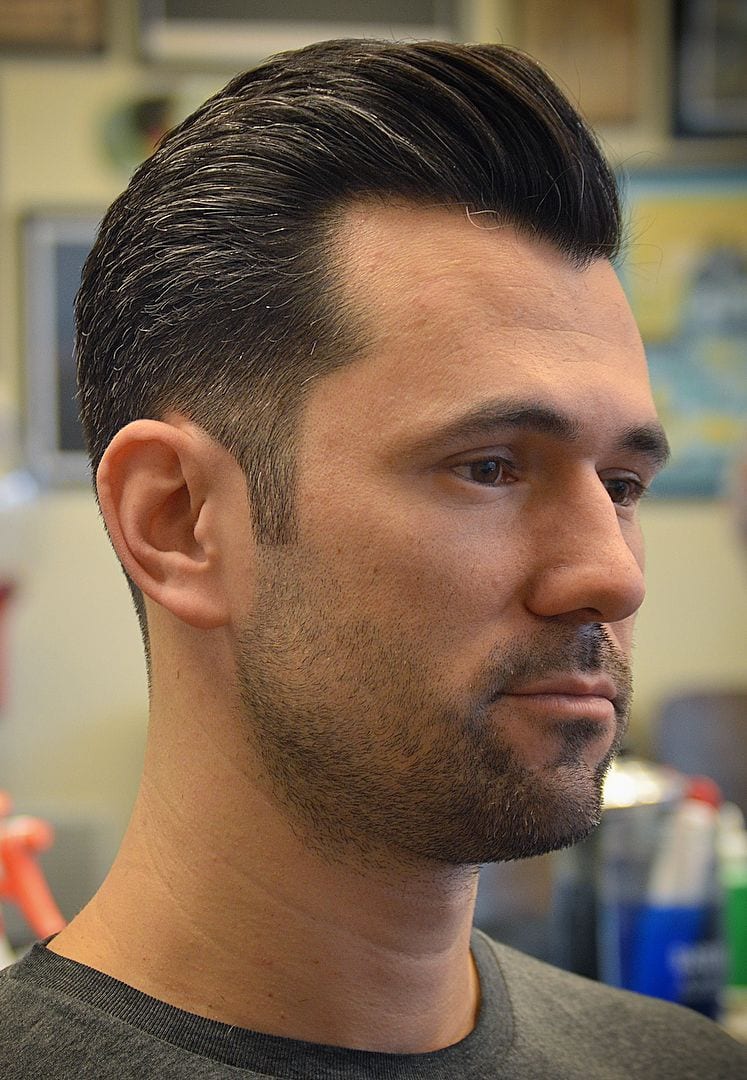 If you have always taken your hair seriously, the small triangular hairline would have sent shivers down through your spine many times. Why is that so? Well, for some unknown reasons, widow’s peak turns out to be something unsightly, leading widow’s peak hairdos not to be discussed too often.

When you have a widow’s peak, it’s more like having those brown eyes. It is different, but it may not be really bad.

However, the fact remains that widow’s peak somehow remains to be a very different element. There are men with blue eyes, brown eyes, green eyes, and the list may go on. As said earlier, widow’s peak is something like having those brown eyes, which are somewhat different but isn’t something too bad. 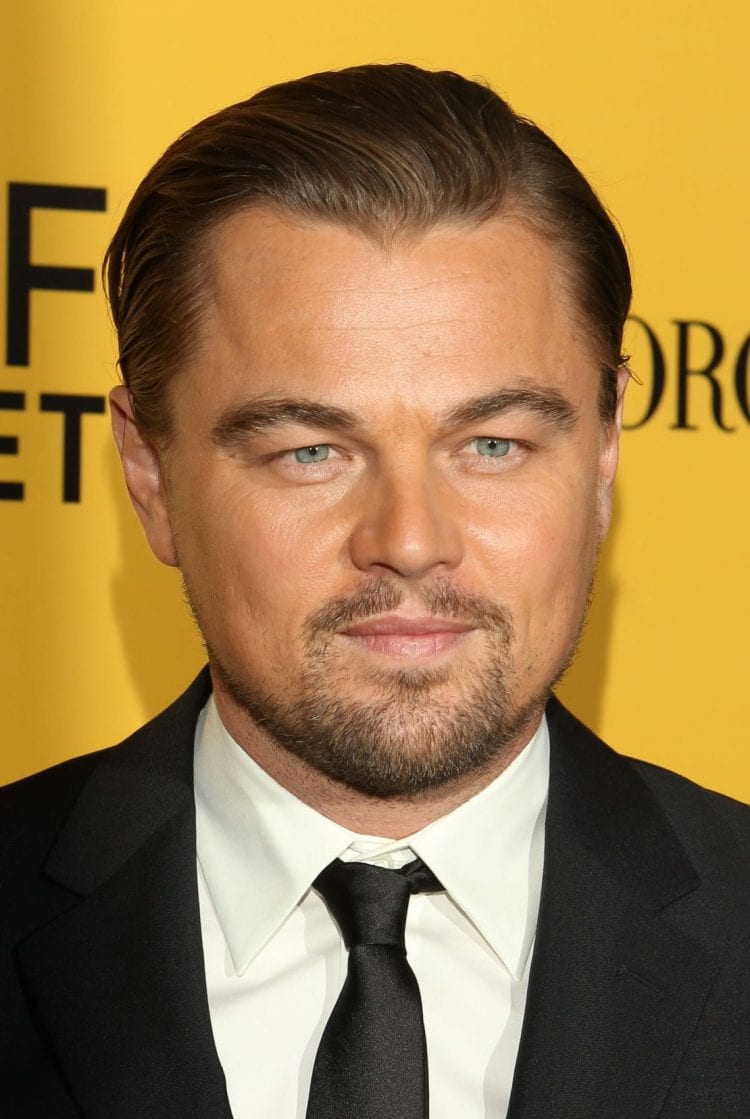 Want a proof? Well, we have listed some of the widow’s peak hairstyles here, which really work perfectly with the mentioned trait. Furthermore, we have shared a few tips as well to make sure that you get a perfect stylish hair cut and just fall in love with it too.

What Should I Do With The Widow’s Peak?

For those having a typical widow’s peak, there are a couple of options they can try out. They can either hide it or simply highlight it to make sure it’s evident and noticed. Now that all boils down to what you prefer personally and a stylish hairstyle can be pulled off on any day with either of the two options. So, you don’t really have to worry at all about that. 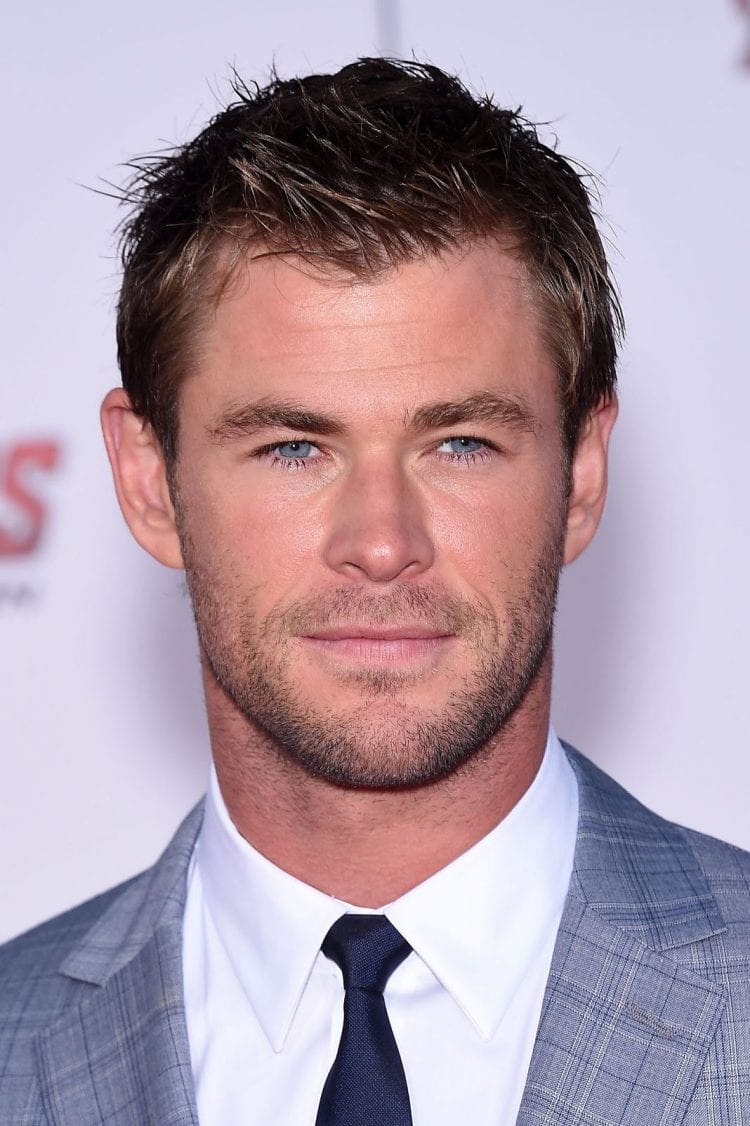 You can highlight the look with the help of a widow’s peak hairstyle out there that will give you a unique focal point which is going to grab all the attention. As you will have the widow’s peak to serve as your hairstyle’s focal point, you are surely going to look stand out among the rest with you all-unique look.

However, if you want to hide the widow’s peak that you have, it would be necessary for you to go with a hairstyle that is more nondescript than anything else. There are quite a few different options that you may want to try out for drawing all the attention away from the widow’s peak. 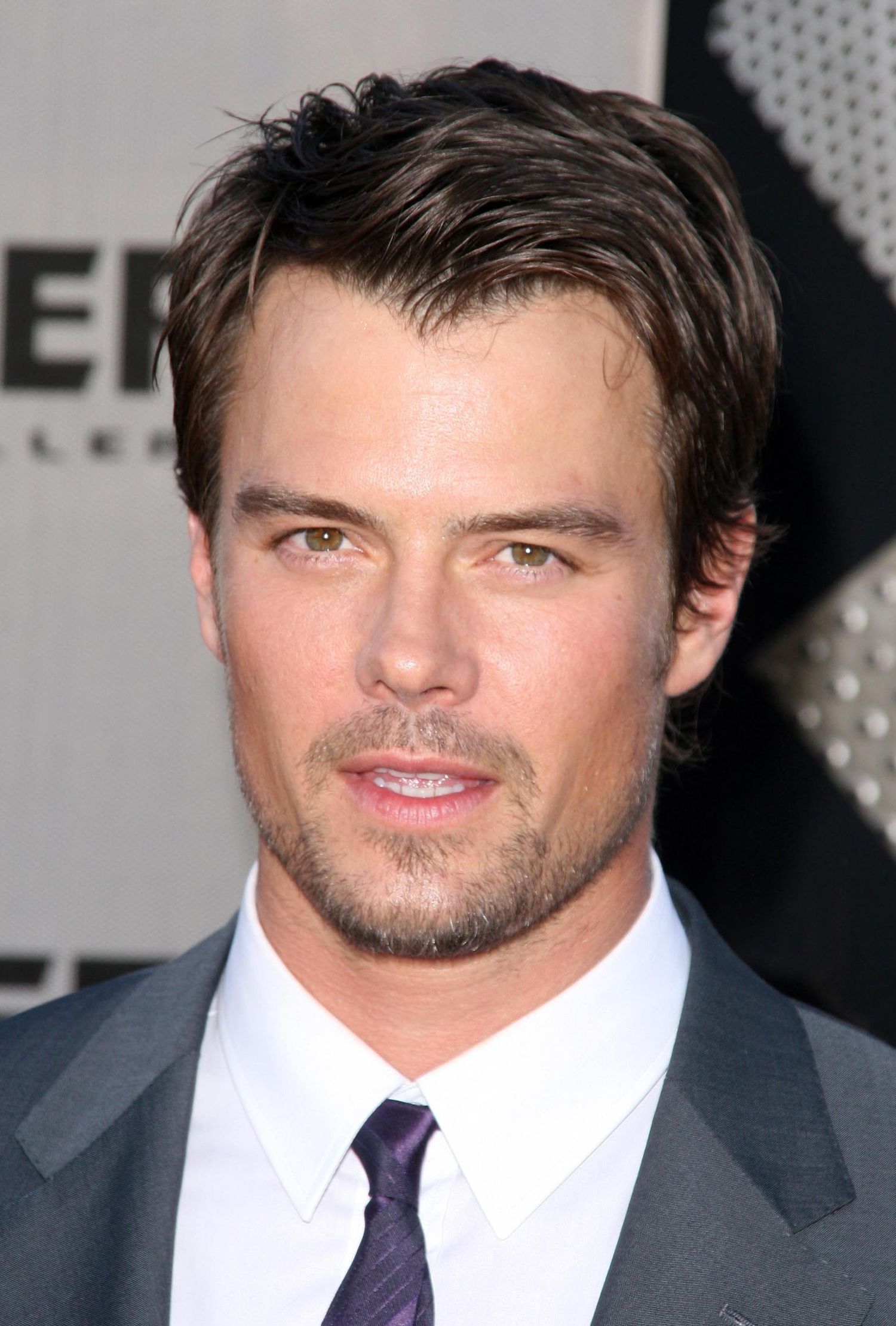 To cut the long story short, whether you intend to accentuate your peak or hide it, here we have some of the best widows peak hairstyles that would give you something you can flaunt everywhere. 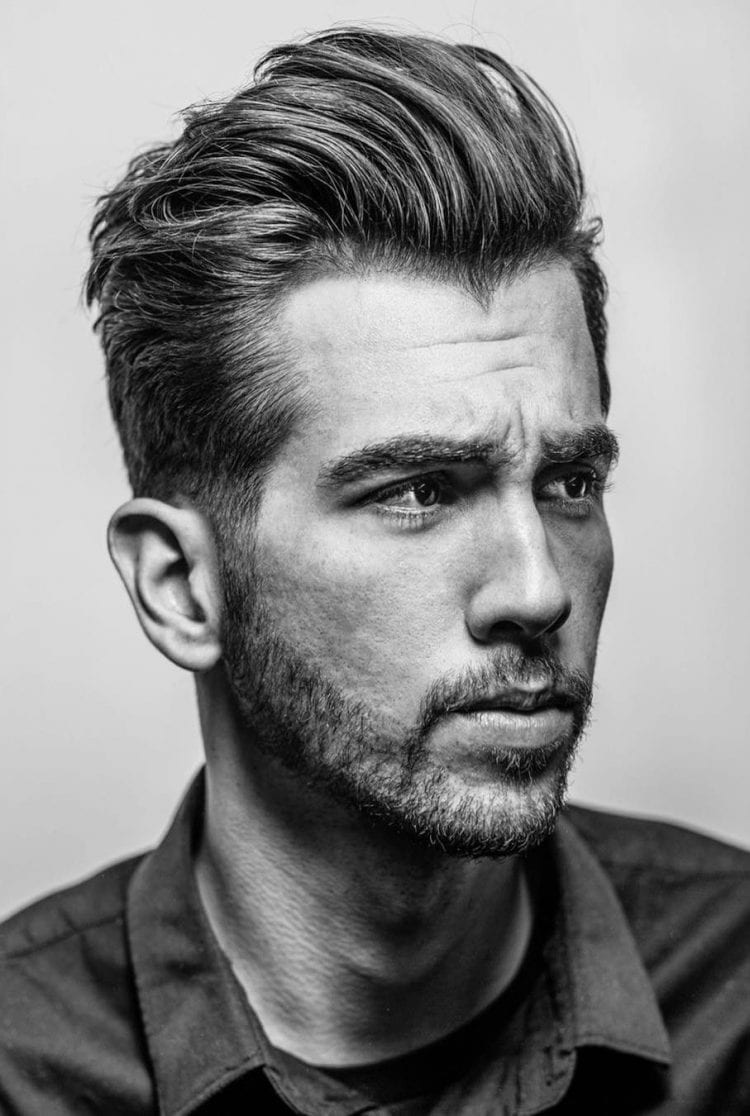 Yes, the undercut is one of the most popular hairstyles for men out there. The hairstyle is highly versatile and it really makes for a widow’s peak hairstyle that is among the best ones around. With shorter hair on the sides, all the emphasis goes to the peak. In fact, you can make the peak look even pronounced by opting for slicked back undercut. It will provide you with a cool symmetrical hairstyle which is going to complement the peak rather nicely.

The hairstyle makes for one perfect look if you’re somebody who prefers to have a retro look which is normally linked to the hairstyle. However, you may even try something more contemporary with this beautiful look, such as a disconnected undercut. Going with such an option would allow you to make the haircut a bit asymmetrical as you’d combing your locks over to a side.

Take any of the popular widow’s peak hairstyles out there and you’d find a highly stylish look in undercut hairstyles. Remember, however, that it would require some regular maintenance as well. So, if you are ready to put in some extra work only then you should go for it. Nevertheless, the results would be spectacular. 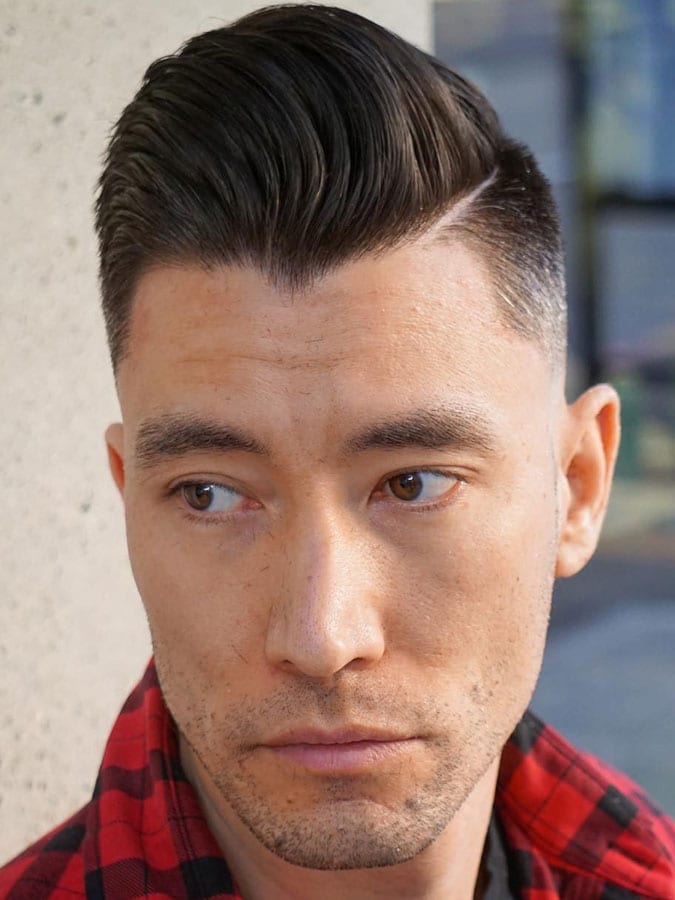 This one is considered another cool retro look to achieve for a widow’s peak hairstyle. In fact, it’s one of most recognizable looks to achieve in this regard. Whether you want to go with a tall or short version, pompadour is going to look really stylish and will allow you to actually rock your widow’s peak.

Similar to an undercut, the hairdo also offers a high styling factor with high maintenance required at the same time as well. So, if you’ve got all the time in the world to make sure that your hair looks the best and well in place all the time, either of these two hairdos would make an ideal choice for you. With pompadour, however, you are going to get a bit more “greaser” appearance, making it little less flexible as compared to the undercut hairstyles.

You can even dig the aesthetics of the pompadour and accentuate the widow’s peak, and you’re surely going to rock an amazing look. Achieve a completely retro look with a jacket and cuffed jeans taking your overall style up a notch. 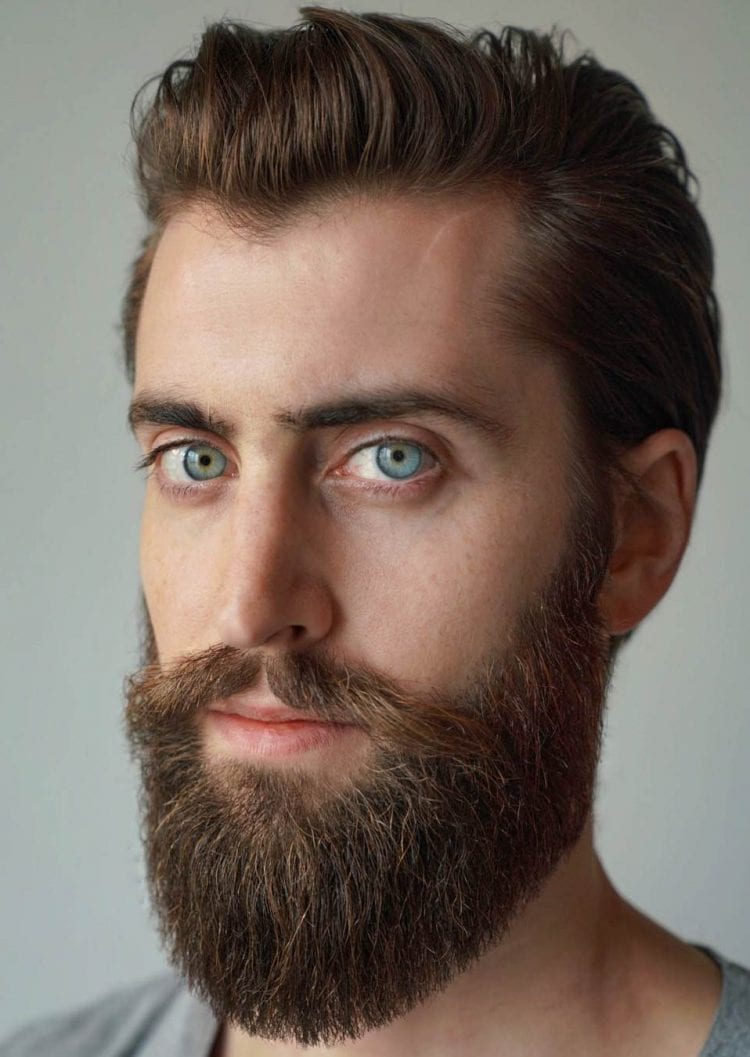 Your widow’s peak is really going to look amazing if you style it with a classic short scissor haircut. You can always make a perfect combo with manicured beard style to achieve one amazing frame for the entire face. You are going to rock the look for sure. 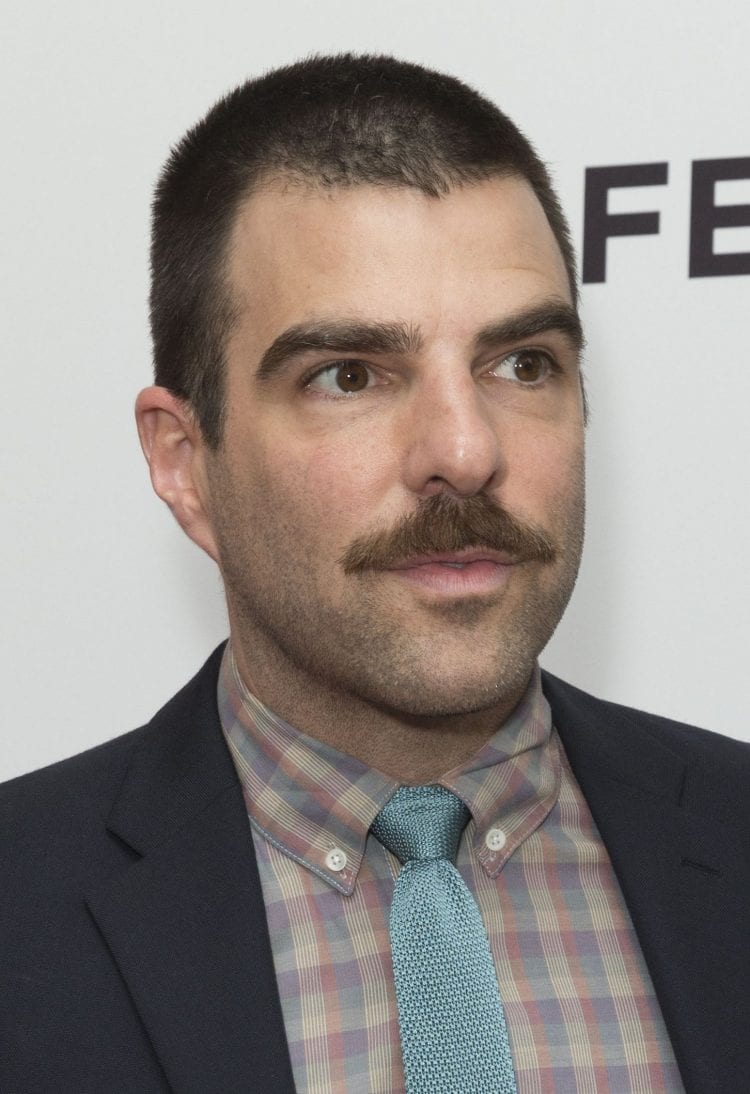 So, you love to style your hair short? Opting for a conventional buzz cut hairstyle would be a wonderful way of accentuating your widow’s peak. With the short hair on top, you’ll be able to bring out your peak and that means your hairline will have a perfectly defined edge.

As far as the buzz cuts are concerned, there are quite a few variations that you can choose from. For instance, you may want to opt for a traditional army haircut which leaves very little hair on your head. An induction cut, on the other hand, would make the most extreme hairstyle option here whereas the crew cut or butch cut will give you a bit of length on top. So, it’s completely your choice as to how you would want to style your widow’s peak with a buzz cut.

If you want some added advantages, buzz cuts tend to be easy and low maintenance hairstyles and they really make a perfect choice for those busy professionals. So, would you like to sport the look? 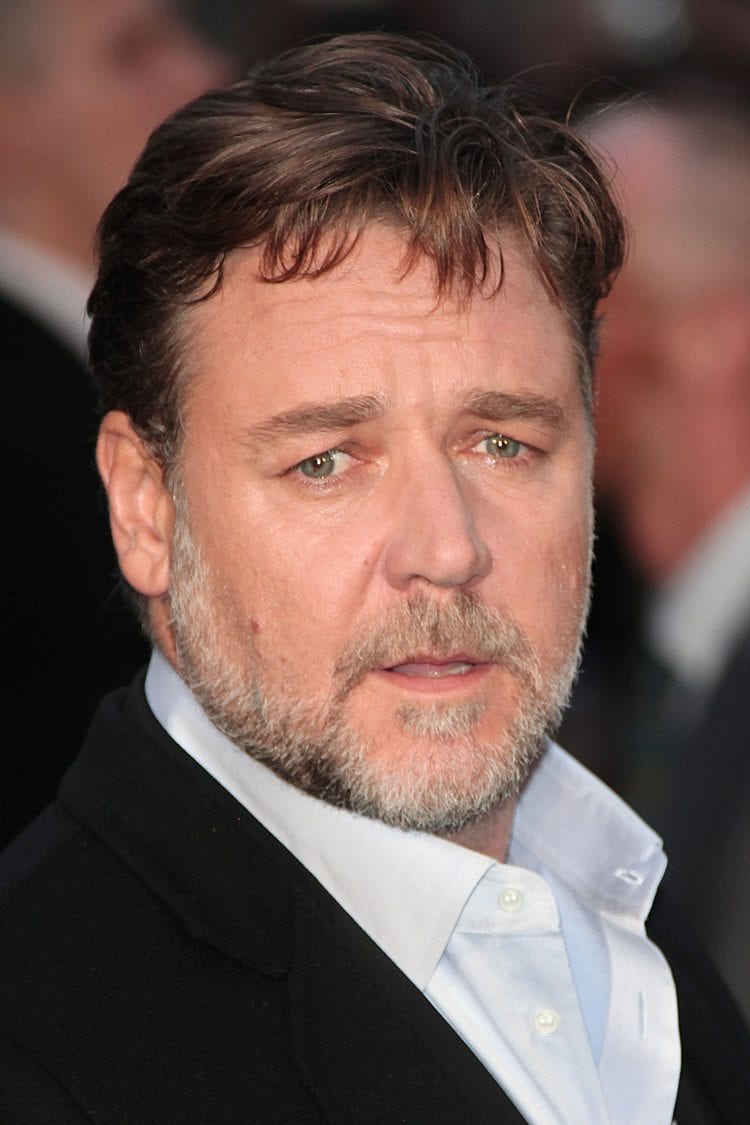 Now that you have enough of hairstyles that may highlight your widow’s peak, why not look at a few that would actually hide your unsightly widow’s peak. These hairstyles would nicely mask your hairline too.

Obviously, for hiding the widow’s peak, it would be necessary for you to go with hairstyle options that give you somewhat of a longer fringe or, maybe, longer hair all over. A straight fringe can help you achieve that effect without any issues whatsoever. It will make the bangs reach the eyebrows allowing you to mask the hairline rather seamlessly.

This beautiful hairstyle would be an ideal choice for anyone who has a longish face. In fact, it would even work the best for those who like an undercut hairstyle but do not really love the peak they have. For undercuts, the sides will be cut extremely short to allow that straight fringe to look stylish without being too wild at all. 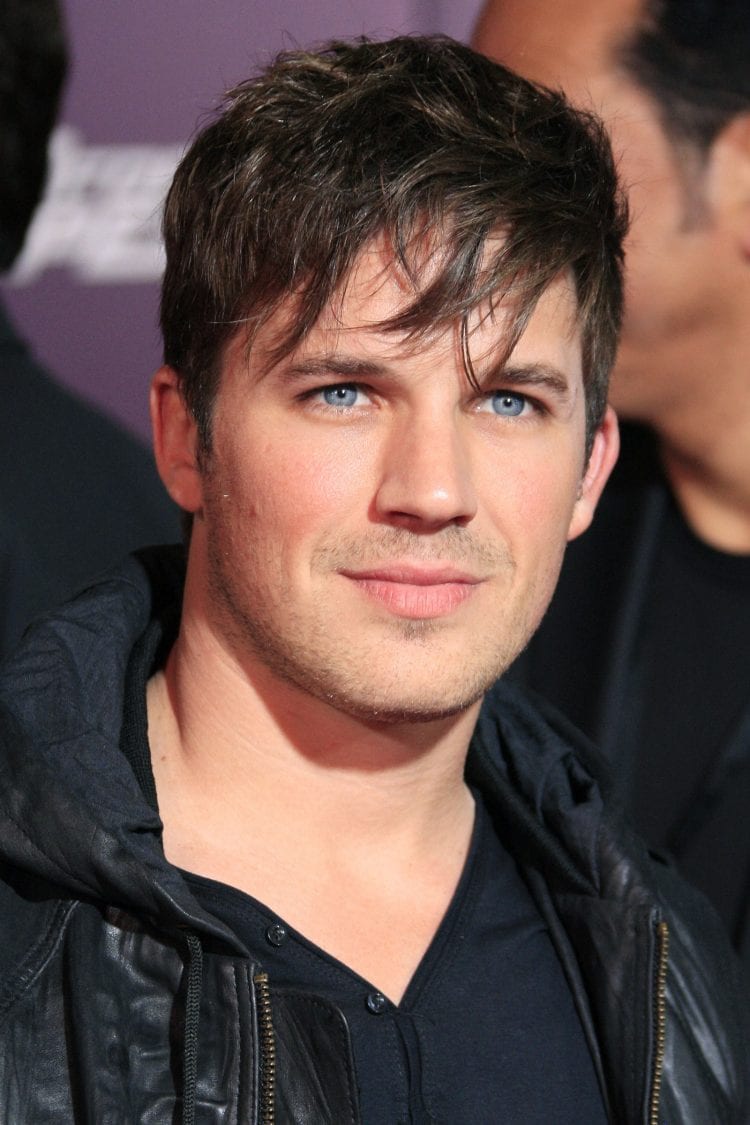 Here we have a variation of that straight fringe we just discussed and it brings a bit of energy and youthfulness to those guys with carefree attitude. If that’s the kind of guy you are, a messy fringe would definitely prove to be a great way to cover up your widow’s peak.

For achieving the look to perfection, you might need a bit of top quality wax but it may not require you to do too much of styling. It is among the most unique looks you could have with the widows peak hairstyles that will make a great focal point out of your hair rather than drawing attention to the hairline. 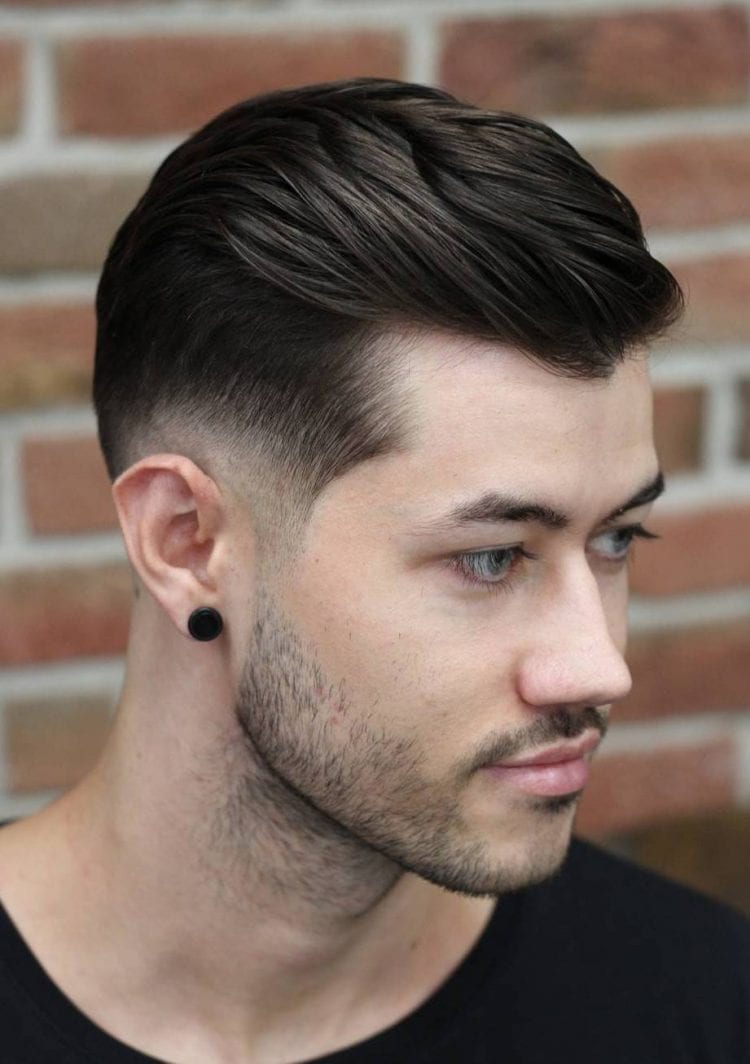 A fade always makes one of the timeless hairstyles out there and you can never go wrong choosing this one for your hair regardless of the style you’re going to achieve eventually. You can modify your fade haircut in whatever way you like. And, when it comes to styling your hair to hide the widow’s peak, it would be a great idea to keep your bangs a bit longish so that you can brush them forward. It will automatically hide the peak.

Fade hairstyles are known to work fine with a variety of hair types of face shapes, and they really are a great way of adding dimension to one’s hair too. The haircut won’t require too much of maintenance while providing you with a simple way of adding some amazing sense of style to take attention away from the widow’s peak. In fact, it is also amongst those most versatile looks you can achieve among the widow’s peak hairstyles.

Do any of these hairstyles seem attractive to you? Do you think they’d look perfect whether you want to hide your widow’s peak or highlight one? Well, whatever the case, these really are the best ones around and you are going to make a statement with one of these highly appreciated looks out there. It’s just the matter of your choice as to which of them you would like to flaunt with your widow’s peak. You can make these hairstyles work just the way you like and they won’t disappoint you either as far as your overall style is concerned. So, give it a go! 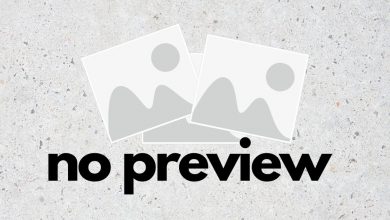 42 Mullet Haircut Styles- A Classic Alternative To A Modern Look 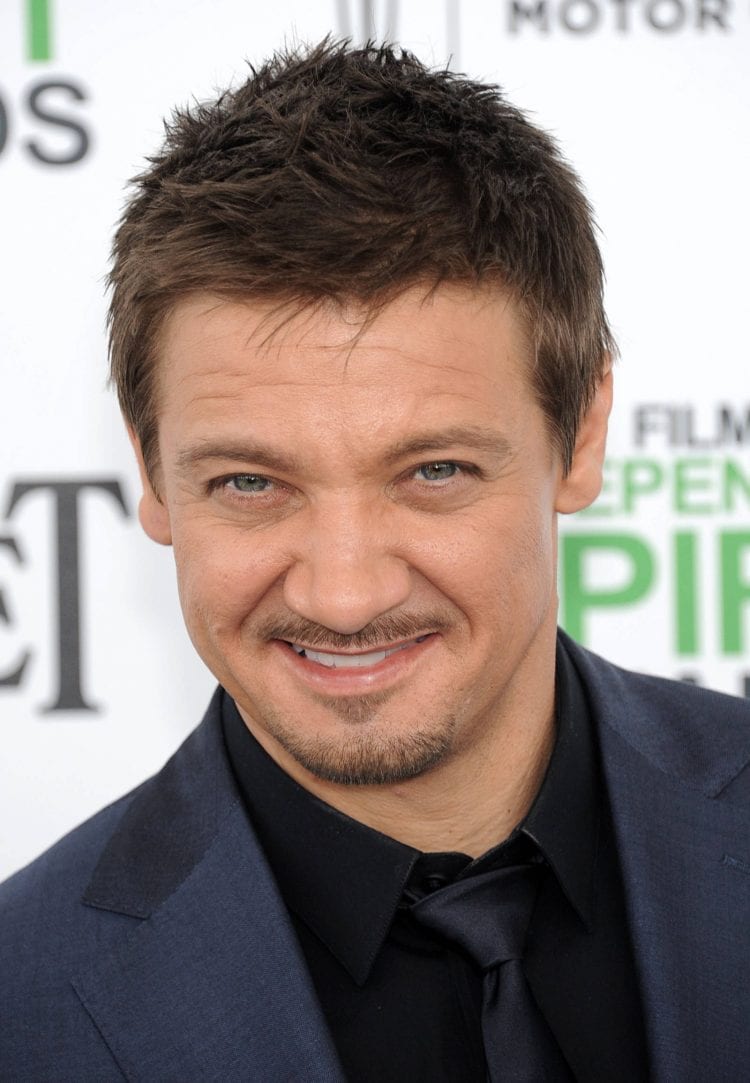